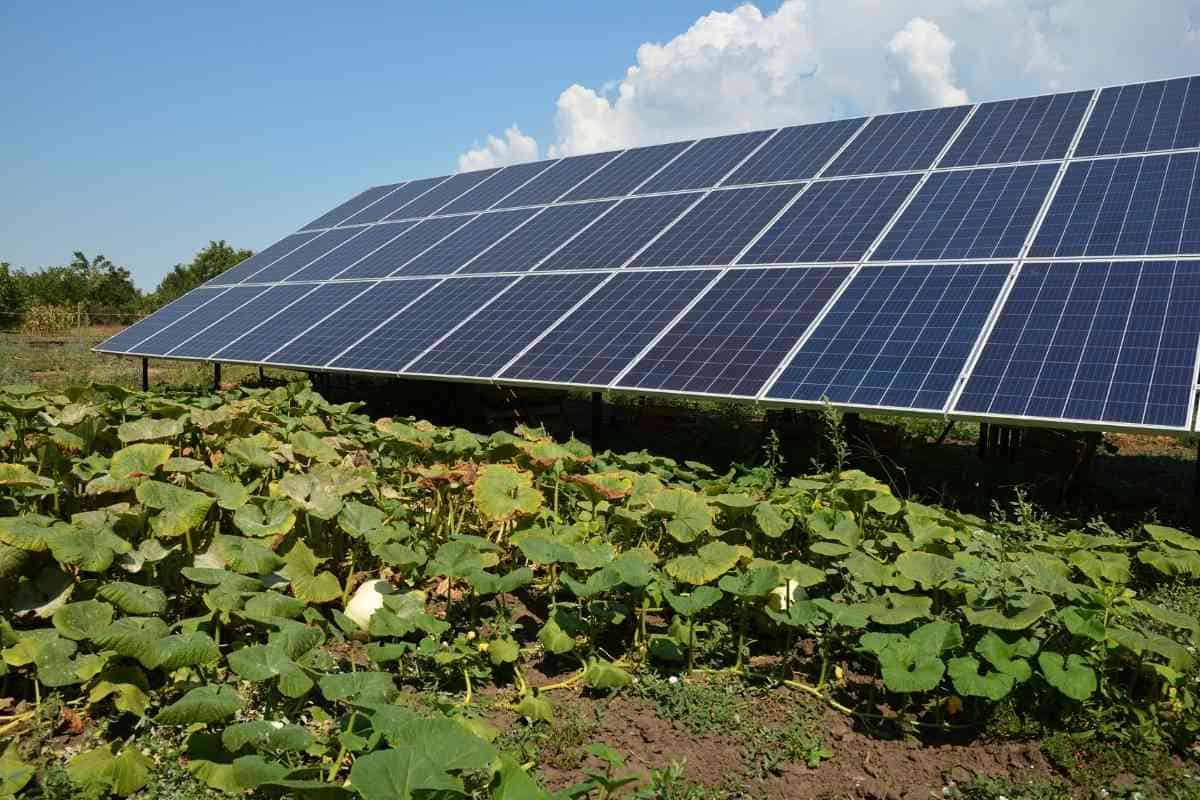 Solar power has the potential for making a greener future, but the issue of where the excess power is supposed to go remains.

Technologies for the storage of solar energy for future use are still evolving.

This article will discuss what happens to excess solar power generated off-grid.

Excess solar power generated off-grid can either be skimmed off and stored into batteries for later use or exported to the grid, which is only possible if you are near the grid lines or when it is logistically viable to sell the extra power to the grid.

Since most people who depend on solar energy for power are located in remote areas with no access to grid power, the only viable option they have is to use extra batteries to save the excess solar power generated.

Battery banks are the most efficient method of storing excess solar energy for future use.

Solar power is a renewable source of energy that is generated by the sun.

It can be used to power homes, businesses, farms, industries, and entire cities.

This has made it the most popular choice of power for many people in the United States.

It is an ideal source for both those who are living near the grid lines and those that are off-grid.

Solar power can be harnessed in two ways: photovoltaic and thermal energy.

The excess solar power is generated when the sun shines more than what is needed for the household or business.

This extra power can charge batteries, run appliances, and even heat water.

As more people are investing in even heavy-duty solar power generators, the concern of dealing with the excess power keeps growing.

What Happens To Excess Solar Energy Stored In A Battery

Solar energy is becoming more and more popular as a renewable source of power.

As the price of solar panels is dropping, it has become possible for almost everyone to use solar energy.

The issue with solar energy generation is that it can only provide electricity during the day.

This means that when there’s no sun, there’s no electricity. The solution to this problem was found in battery storage technology.

Batteries can store excess electricity generated during the day for later use when the sun goes down or when there’s not enough sunlight for power generation.

This makes batteries a perfect solution for renewable energy storage and can be used in homes and businesses alike.

On-grid electricity storage is usually done by using batteries or other electrochemical devices.

Off-grid electricity storage has a few benefits over on-grid systems.

One advantage is that it can be used in remote locations where on-grid systems might not be available due to the high cost of infrastructure.

On-grid electricity storage has a few benefits over off-grid systems as well.

This can provide support for a grid when needed.

On the other hand, on-grid systems can be more reliable because they have backup power sources that can take over if there is an issue with the grid.

A surplus of solar energy might lead to wasted electricity if there isn’t enough demand for the electricity generated.

What happens to the excess solar power generated by solar panels systems off-grid? Here are some preventative measures you can take:

Adding extra loads, such as electric cars, and heavy appliances is one way to prevent solar energy from being wasted.

If you have a parking lot at your residence or place of business, consider installing charging stations for electric vehicles.

You can use an outgoing breaker to accomplish this.

You’ll be encouraging more people to utilize electric cars or bikes and reducing their carbon footprints as a result of this.

Your gas-guzzling vehicle can be replaced with an electric car that uses batteries.

Whenever you have extra solar power energy, it is a good idea to give it out.

Instead of letting it go to waste, you might set up a charging station or store the excess energy in batteries for future use.

You can also donate the extra power generated from your solar to RV owners and campers in your vicinity.

You can also support the course of some charitable organizations that accept this type of donation.

You’ll have a more stable power system if you have more energy storage.

Therefore, you can store more of your battery power for future usage.

Scaling your firm up and increasing the number of loads you handle will be easier.

To keep everything running smoothly, keep an eye on how much electricity you’re using.

What Happens To The Excess Energy That Isn’t Needed Or Used By Appliances?

Batteries are an ideal way of storing the excess energy generated.

Another way for utilizing the excess energy is to convert the energy into other forms, like heat.

Homeowners can use the heat generated to warm water or different applications in the home that require heat.

This helps to reduce the wastage of energy.

The excess energy from appliances, like the refrigerator or washing machine is typically converted into heat and then used to warm up water for laundry or bathing.

This process is called backup heating.

The excess energy from a heater can also be used to power other appliances in the home, such as lights or computers.

In conclusion, the decision on what to do with excess solar power is a personal one.

The most important thing is to make sure that you are doing the right thing for your family and the planet.

Whether you choose to give out the power to the grid or store it in a battery for future use, ensure you handle it within the energy regulations.

If you are looking for a long time solution to the problem of excess energy generated, then you may need to install high-quality batteries that will be handy in storing the energy for future use.

However, you can also choose to add appliances or donate the excess energy to people who might need it.

But if you just wish to have some backup for the rainy days, then the battery pack is a good idea.

These systems will ensure you have storage space for your excess energy, and they will come in handy during the night.

Power storage is also important when it comes to extreme winters or summers when the energy requirements in your house increase.

This backup power can help you cover the deficit.

Hi, my name is Rasmus. I'm a huge fan of alternative living arrangements and the many ways people are escaping the 9 to 5 grind. Whether it's van dwelling or homesteading, if it allows for more freedom in your life then I'm all ears! I've been exploring different aspects of this lifestyle for over three years now and have learned so much. From solar power to worm farming, if there's something out there that helps us live differently - I want to know about it!

link to How Long Will A Treehouse Last? (Answered!)

A treehouse is a big investment. It can be a place where you can go for fun. If you consider a treehouse build, you might wonder, how long will a treehouse last? How Long Will a Treehouse...

Continue Reading
link to Are Treehouses Taxable? (What You Need To Know!)

A treehouse allows you to relax with your family or friends while taking in natural beauty.  If you are thinking about adding amenities to your home, you might wonder, 'Are treehouses...

Hi, my name is Rasmus. I'm a huge fan of alternative living arrangements and the many ways people are escaping the 9 to 5 grind. Whether it's van dwelling or homesteading, if it allows for more freedom in your life then I'm all ears!

I've been exploring different aspects of this lifestyle for over three years now and have learned so much. From solar power to worm farming, if there's something out there that helps us live differently - I want to know about it!

FreedomResidence.com is a participant in the Amazon Services LLC Associates Program, an affiliate advertising program designed to provide a means for sites to earn advertising fees by advertising and linking to amazon.com