Have you ever wondered why cabins are lifted up off the ground?

Quite often, log cabins are built on some kind of platform, rather than on the ground itself.

Why Are Cabins Built Off The Ground?

Cabins are built off the ground to prevent them from getting lopsided over time, or from sinking into the ground as the soil on the ground shifts away. A cabin needs to have a strong and durable base that will keep it in place.

Cabins are simple structures, but they look quite a lot like regular houses.

Since plenty of homes seem to be built on the ground, you might wonder why cabins can’t be either.

The reality is that you weren’t around to see the house being built, because barely any of them are on the ground!

First, the ground is dug up and solid foundations are set inside, and the house is built up on top of these foundations.

For cabins, it is simply not feasible to dig up the ground first and set all those complex foundations in place – even more so because a log cabin isn’t meant to handle all the things that a regular house is.

However, you can’t just build it on the ground because it will affect the structure of the cabin over time.

There are two ways this happens: subsidence, and settlement.

Subsidence is when the soil moves away from the cabin as time passes, either via wind or water or something else.

This removes the surrounding foundation of the cabin and while you won’t notice it for a very long time, the cabin will end up lopsided.

On the other hand, settlement is when the weight of the cabin itself is what makes the soil move away, making it sink into the ground.

This doesn’t take up as much time as subsidence does, and happens rather early on.

You can easily notice when the cabin has ‘settled’ into its position.

Do I Need a Foundation For a Cabin? What Kind?

The kind of foundation you need will depend on the rock or soil type for the site the cabin is built on, the size of the cabin itself, the water tables, drainage, and your budget.

The three main types are raft, strip, and pad.

Raft foundations are very simple types where you lay a raft of concrete under the entire cabin, which spreads the base of the load across the site.

This is a very cheap method and requires very few raw materials as compared to other types.

Strip foundations are more common and are used for traditional brick and mortar homes.

This is when a strip of concrete is laid under the cabin’s timber, and this can act as a level to place your logs on.

Pad Foundations are where you place pads of concrete under the cabin, and these pads carry the single point load.

For example, under the four corners of the cabin, rather than across the base.

What Is The Best Base For a Log Cabin?

Now that you know what kind of foundations there are, which one is best for your cabin?

The type of base you should use depends greatly on the site you’re building the cabin on.

Raft foundations, for example, are usually laid on soft grounds to spread the load, because softer grounds have a lower capacity.

These are helpful when the ground is in poor condition since traditional foundations wouldn’t transfer the load properly.

Strip foundations, on the other hand, are best used when you have clay on site, and the site itself is dry – that is, there is no standing water or waterlogged soil.

These are shallow forms of foundation that can only really be used for single-story cabins, otherwise, the load would get too much.

You can also use a deep strip foundation, like the ones you use for brick houses, but this can be costly and time-consuming.

Pad foundations are best for when the soil base on site is very strong.

They are similar to raft foundations, though the difference is that you don’t have the concrete spread under the entire base.

How Do You Build An Off-Grid Cabin Foundation?

Depending on where you’re putting your cabin, the foundation will have a large impact on your budget, so always make sure you consider your budget before you go into such a project.

Whether you’re placing your cabin on concrete blocks or on a permanent foundation has a massive cost difference that you’d want to consider.

First, you’ll have to pick out where you’re building your cabin, and thus decide on what kind of foundation you need to build the cabin, to begin with.

We’ve discussed the types in the previous section, as well as what foundation works best for different sites.

Having considered that, let’s move on to the actual foundation: how do you do it?

For every corner of the cabin and its foundation, you’d need a solid post that is strong and flat on top

This has to be rot-resistant.

You’d have to dig a hole that’s deep enough to bury about 60% of the post on every corner.

Once this is done, you lay your boards across the posts and make sure they are all evenly placed.

With some sand and gravel, you can make sure that there’s no drainage since this can lead to rotting.

Once this is done, you can pour concrete into the holes to fix the corner posts in place.

Then, you add all your other posts and place bearers on top of them.

Line up the floor joists and screw the boards you place over them to the joists.

You have to make sure there are no screwheads sticking up from the foundation at this point!

This is just one type of foundation, which allows for a crawl space underneath the cabin itself. Other types, of course, will be built differently.

For raft foundations, you can mark your distances and excavate the ground for your pegs.

Fill the area with hardcore and make sure it’s compact.

Once you’ve laid the wooden framework, you can pour the concrete in and make sure it’s leveled out before you finish up.

Strip foundations are similar, except that you can use engineering blocks after the concrete has been set to build a wall up to ground level. 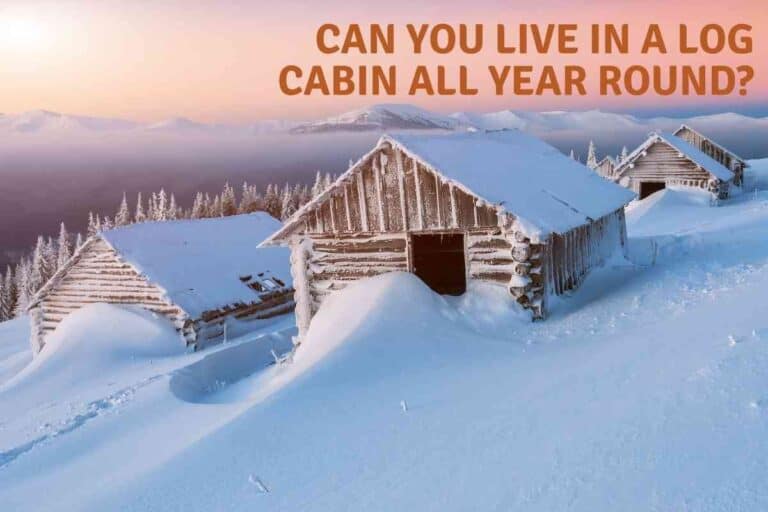 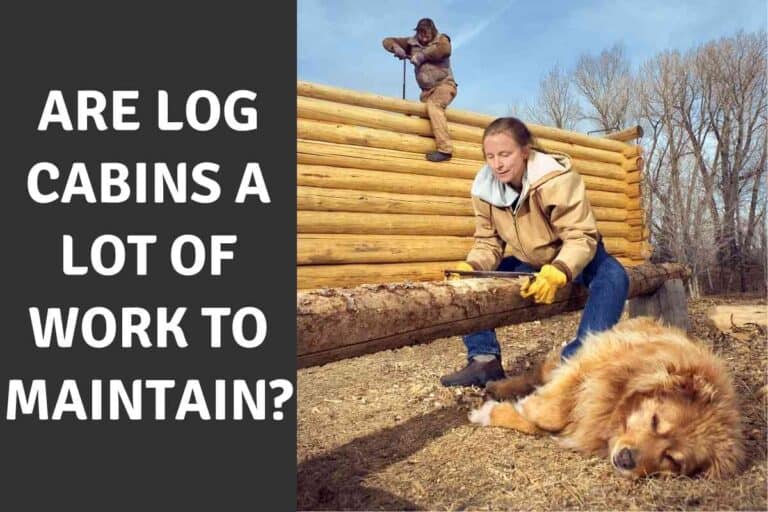 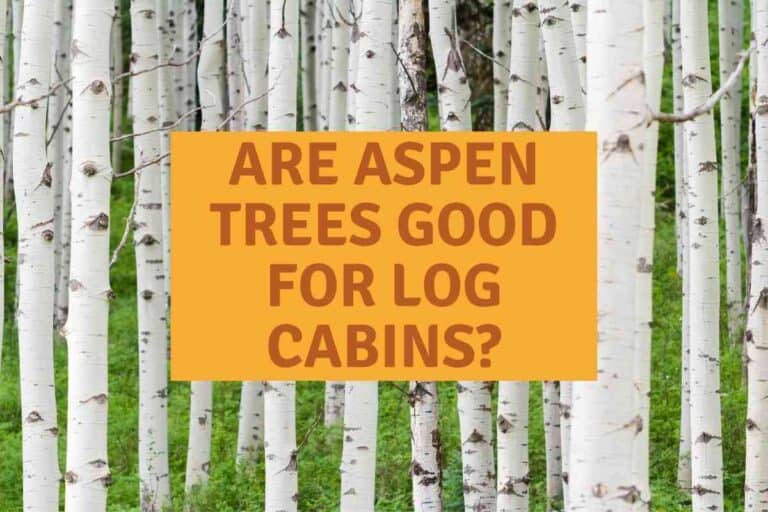 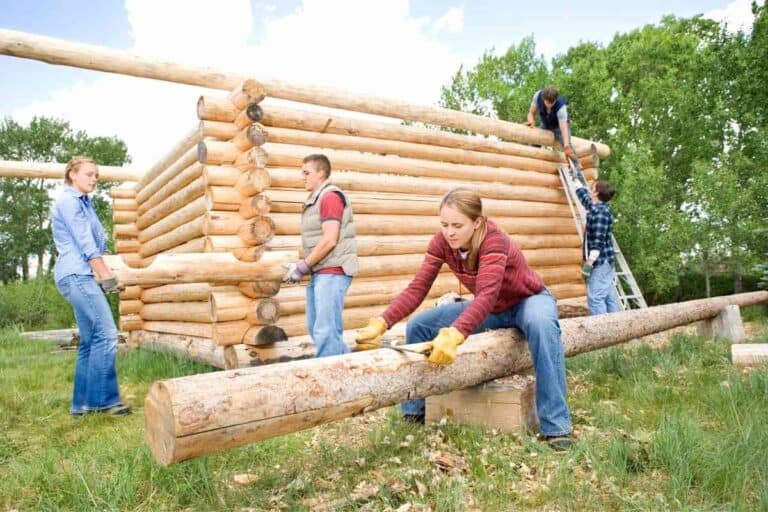 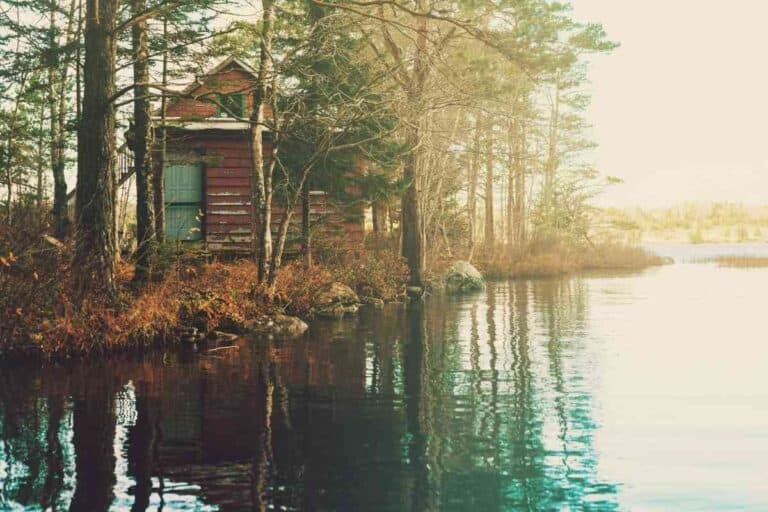 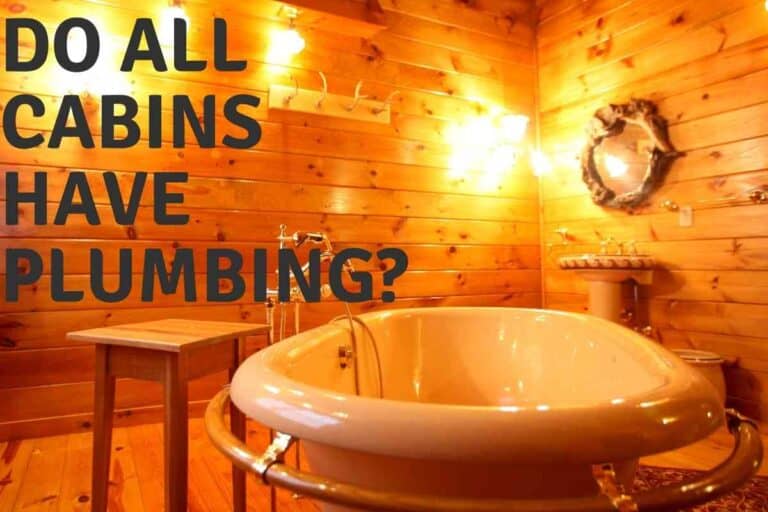