The Earthship has been around for decades, but they’ve begun to really catch on in recent years. What are the benefits of building an Earthship? The answer is simple: it’s a self-sufficient and environmentally friendly home. It’s designed to use renewable energy, collect and filter water from the air for drinking, waste, and recycle greywater. They also have a passive solar design, and no heating or cooling is needed.

Sounds great, right? It is! Building an Earthship is a great idea, but there are some things to consider before starting. Not everywhere is equally ideal for Earthships. In this article, we’ll go over what makes some locations more suitable for building an Earthship and why.

Can You Build Earthships Anywhere?

You can build an Earthship anywhere, but not all places are ideal or practically possible. You will need to consider building permits and zoning laws. It’s also worth noting that Earthships do not perform as well in colder, more humid climates because they function best in hot climates.

Like most self-sustaining and environmentally-conscious homes, there is often some controversy. Believe it or not, getting a permit to build an Earthship as well as the materials you need for building an Earthship can be challenging. You will want to research your local zoning laws and adherence to building codes.

The design that makes Earthships so great for utilizing natural resources also makes them stand out quite a bit. You will likely want to consider how your neighbors and the surrounding community view Earthships before investing time and money applying for a permit.

That doesn’t mean you can’t build an Earthship to code, but you’ll need to work closely with your local building officials. You will likely have to go through a lengthy review process that could delay the build by several months or more. Earthships are also built to be off-grid, which is great, but you should be aware that some local governments require all homes to be connected to the electricity grid.

To avoid the most stringent laws and permits, you should consider where you are building. For example, there are fewer legal issues in rural areas than in most cities or towns. Some states are more permissive with their zoning regulations and less strict in their implementation of building codes, while others are more stringent. Rules and regulations also vary a lot between counties within the same state. Some counties have virtually no regulations at all, while others will require you to follow strict guidelines.

In the United States, building codes are extremely intricate, therefore do your research to ensure that your Earthship meets both federal and state regulations. You can start by contacting your local building department, which is generally free of charge. Unless they have already handled a case like yours, they’re not going to know a whole lot. But it’s still worth your time before hiring an architect and/or lawyer.

The first Earthships were built in the Southwestern deserts of the United States in the 1970s, and they still function best in desert climates. Can you build an Earthship in a humid climate like Canada or Scandinavia? Yes, and people do. Can you utilize all the benefits of an Earthship to its fullest while living in a colder climate? No, not really.

Why are some locations better for building an Earthship than others? In dry, arid climates, an Earthship is able to maintain a pleasant indoor environment thought the day by a combination of sun exposure and passive heat storage. This means there is no need for air conditioning during the day or heating at night.

In northern climates, the sun is only able to provide heat during a shorter part of the day during the winter. It takes a lot of time to heat up the Earthship, and the interior temperature will drop more quickly at night.

While Earthships do function best in hot desert climates, they can still work in colder areas if certain design considerations are made. A combination of sun exposure and a backup heating source, such as a wood stove or pellet stove, will be necessary to keep the Earthship warm during the cooler months. You will also need to install insulation and properly insulated windows if you want your home to maintain a pleasant indoor climate in the winter.

What States Can You Build an Earthship?

Theoretically, you should be able to build an Earthship in all fifty states, but some are much more difficult than others. And as mentioned, it will also depend on the individual county.

The states I’ve found generally to be most permissive with their zoning and building laws include Arizona (for the most part, but it depends on where you’re located), New Mexico, Colorado, Wyoming, Nevada, Pennsylvania. California is also very popular for Earthships, but it has some of the strictest building code laws and the highest permit fees in the United States.

Where Are Earthships Found?

In the US, most Earthships are found in the south – particularly in the south-west, where the climate is warmer, sunnier, and more conducive to their passive solar design. But they can be found all over the place, from the west coast to the east coast and a few even in Alaska.

Earthships are not just found in the United States. They can be found worldwide, including in Canada, Mexico, Europe, Central America, Australia, and even in Africa. They are not very common, but they are popping up more and more every year.

Are Earthships worth It?

Building an Earthship can be worth it in terms of long-term savings and environmental impact. But it requires proper planning and often high initial costs.

Building a home is a huge investment, and Earthships are no exception. They can be expensive to build and even more so if you have to pay for permits or hire architects or lawyers to adapt the design to local regulations. As labor makes up a large part of the cost of Earthship building, this is another factor to consider. Can you do it yourself? Can you hire professionals? Can you find volunteers?

If you are interested in learning more about the costs of an Earthship, check out the post, Why Earthships Are so Expensive and How to Do It Cheaper?.

Even though Earthships may be more expensive than traditional homes, they will save you money on utilities. Because of their passive solar design, you won’t need heating systems like furnaces or air conditioning like central AC. This is particularly an advantage if you live in a desert climate where temperatures can reach over 100 degrees during the summer months (like Arizona). Then an Earthship will save you a lot of money in electricity and may pay for itself over time as you won’t rely on air conditioning.

If you live in a colder climate, you may need to add a backup heating source, such as a wood stove or pellet stove. But you will still use much less energy for heating than you would with a traditional home.

Can you build Earthships anywhere? Can they be built in all fifty states, and where are most of them located? Earthships can technically be constructed in any state of the United States. However, some places may require more permits or zoning regulations than others; this largely depends on the county your land is situated within.

Where can an Earthship be found? The majority of Earthships exist in America’s Southwest region – particularly Arizona and New Mexico. But they have been popping up all over the globe, from Canada to Australia. You don’t need a hot desert climate to make your home more self-sustaining with renewable resources like water and energy: if you live somewhere cold enough for snowfall (like Pennsylvania), then there can still be an incentive to build an Earthship. 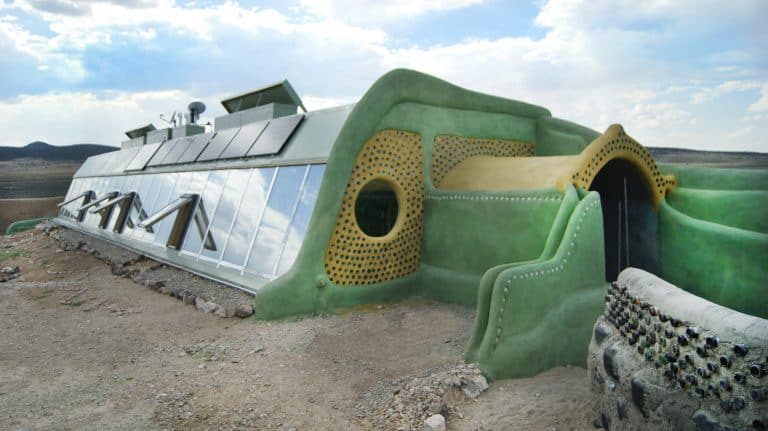 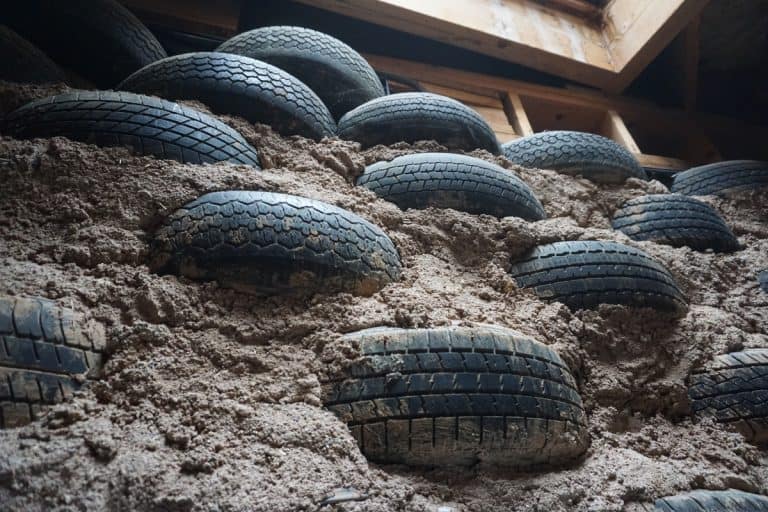 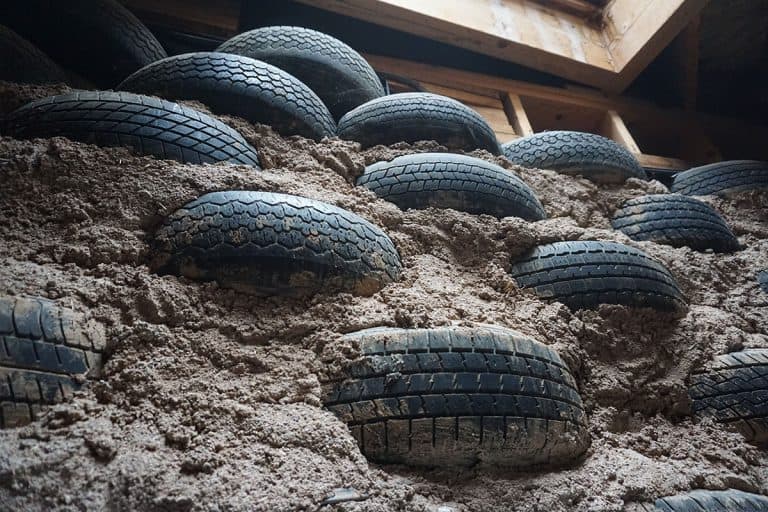 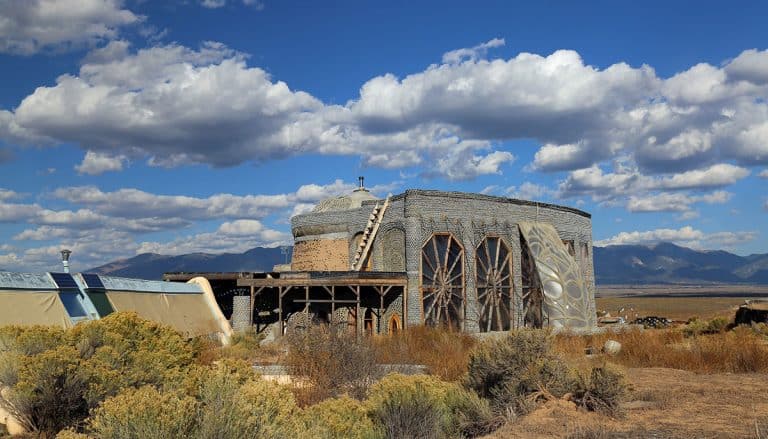