As the number of yurt lovers grows, so does the need for modern amenities within the yurts. After all, not everyone likes to live in a space where they don’t get all the facilities they’re used to otherwise. This includes toilets.

Do Yurts Have Toilets?

Yurts can have toilets, but they don’t always come attached to the frame. You can have a bathroom installed as an exterior structure, but some larger yurts also have space on the inside to install a basic or sophisticated bathroom.

You can’t expect yurt bathrooms to be exactly like the bathrooms you find in permanent homes, though. Since yurts are not meant to be permanent but instead portable, the bathroom inside it also has to be as lightweight as possible.

Related article: Do Yurts Get Moldy?

Again, yurt toilets are not going to be like the toilets found in homes. While yurts do have them, they are designed to be less spacious and luxurious and meant mainly for functionality.

Of course, this doesn’t mean that you can’t keep space and luxury in mind when building your yurt toilet, but you’d have to compromise on a few things.

For example, a yurt bathroom probably can’t have a large bathtub, since yurts have to be as lightweight as possible if or when you need to move your yurt around.

On top of just added weight, a bathtub will also take up a lot of space, which you don’t want in a yurt.

Yurts are much smaller than a typical house, so if you add a large bathtub, your living space shrinks, and your toilet space grows.

Of course, having enough space to be able to use a toilet comfortably is important, but if the fancy things that take up space can be foregone, you should probably forgo them.

Yurt bathrooms are also a lot less decorated than the bathrooms in homes. It’s best to simply have a small window in the toilet space for light and ventilation, rather than setting up elaborate lighting.

During the day, you wouldn’t need artificial lighting at all, and you wouldn’t really spend all your time in the toilet after dark anyway.

Can You Install a Bathroom In a Yurt?

If the yurt doesn’t come with a bathroom (and most yurts don’t!) you can easily install one. These are usually installed as external structures on the outside of the yurt, just like an outhouse!

But not everyone wants to have to go outside when they need to use the toilet – especially if it’s dark and creepy.

With smaller yurts, there isn’t too much choice, since you can either cut down on your already-small living space just to install a bathroom or keep it outside.

On the other hand, larger yurts do have enough space to install a bathroom on the inside.

Before you consider any kind of construction on your yurt, though, you’d want to make sure you know what kind of residence your yurt is considered, just to avoid any legal issues around construction.

Carpenters can easily build a new structure within your yurt once it’s been installed to use as a bathroom.

Most often, to prevent noise, and smell, and help with ventilation, the internal bathroom structure comes with an enclosed ceiling, which can then be used as the floor for a loft area.

Ideally, you’d want to plan your bathroom construction so that it falls on the opposite end of the kitchen.

In some cases, yurts can also be connected together, with one of them being the living space, while the other acts as a luxurious bathhouse. There are plenty of ways to get this done, but it is not as common as simply building a smaller structure in or outside the yurt.

How Does Plumbing Work in a Yurt?

Plumbing in yurts can be complicated. Some yurts don’t have plumbing options at all, and you have to find ways around how to get your waste management done on your own.

However, since we are so used to having plumbing around our houses, this can get very inconvenient and ruin the experience of living in a yurt.

As such, a lot of yurts nowadays can have pipes installed underneath the platform of the yurt, which can come up through the floor. This way, you can have a decent plumbing system.

If the site you’re on has a sewer or septic system, you can connect these pipes there.

Otherwise, you’d have to manage the plumbing yourself, which, while more inconvenient than automatic plumbing, is still better than doing all your waste management yourself.

How Much Does It Cost to Put a Bathroom in a Yurt?

In most cases nowadays, the contract you sign will include the cost of your yurt bathroom (usually an outhouse), so it wouldn’t cost you anything. However, some contracts don’t have it, or maybe you don’t want an outhouse and want a bathroom inside the yurt.

In such cases, the cost would depend on how spacious, comfortable and luxurious you want your bathroom to be.

At the very least, for an average bathroom with a decent amount of all three, without getting too elaborate, installing a bathroom in your yurt can cost about $2,000.

Can You Have a Kitchen In a Yurt?

Unlike bathrooms, most modern yurts nowadays do come with a kitchen and is usually part of the building plan.

Though this is usually a small space meant for the necessities, it is technically a ‘kitchen’, with everything you’d expect from a kitchen.

However, like yurt toilets, yurt kitchens are designed for functionality, rather than for luxury and space, so if you’re expecting elaborate counters and cooking ranges, or an island, get rid of that.

Yurt kitchens are small, but most areas do allow you to have addons within your yurt as long as it doesn’t break any local regulations.

Yurt kitchens will also need plumbing, which is a concern in case your yurt doesn’t come with in-built piping, but again, most modern yurts do come with these things.

Electricity is also necessary for a kitchen, and these lines can be set up under the yurt, just like the pipes for plumbing.

With a yurt kitchen, again, it is important to have proper ventilation to get rid of the moisture and heat that gets generated when using the stove.

So, do yurts have toilets and kitchens?

Not always – many yurts don’t come with toilets, but you can always build one (or more!) if you want. The best option, however, is to keep the bathroom outside the yurt, to keep your yurt clean, and maximize your space.

Modern yurts do come with kitchens, but some don’t, and just like bathrooms, you can add a kitchen to your yurt easily.

It does sound like a hassle, but then that’s the beauty of living in a yurt after all! 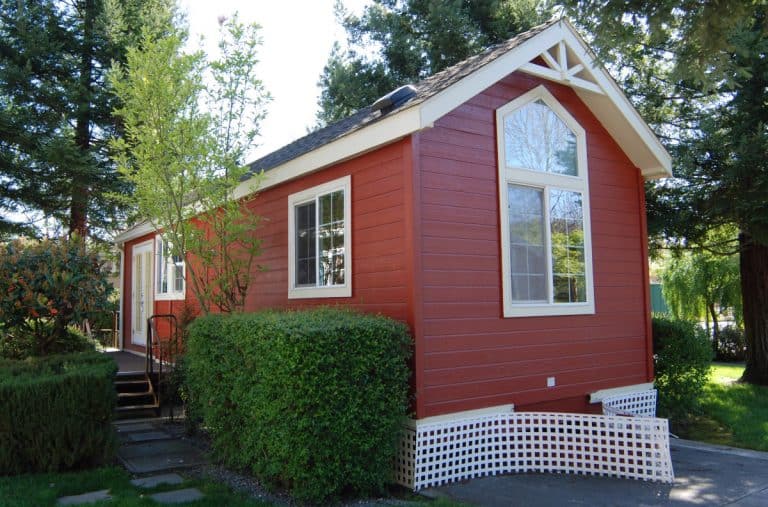 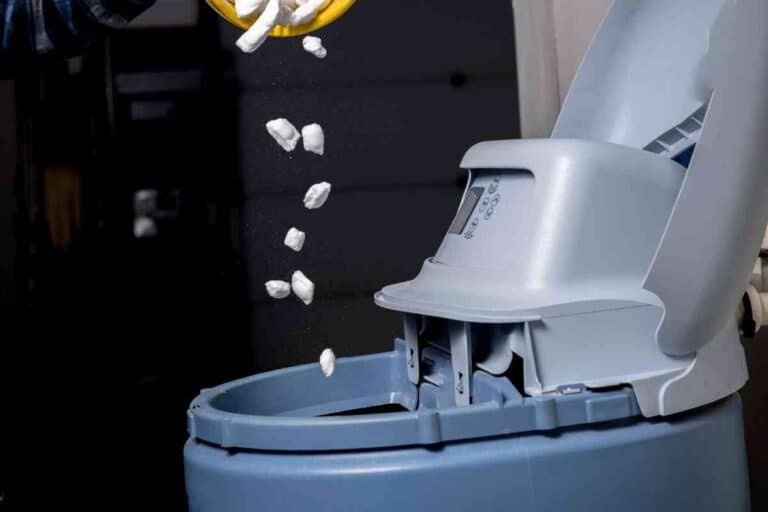 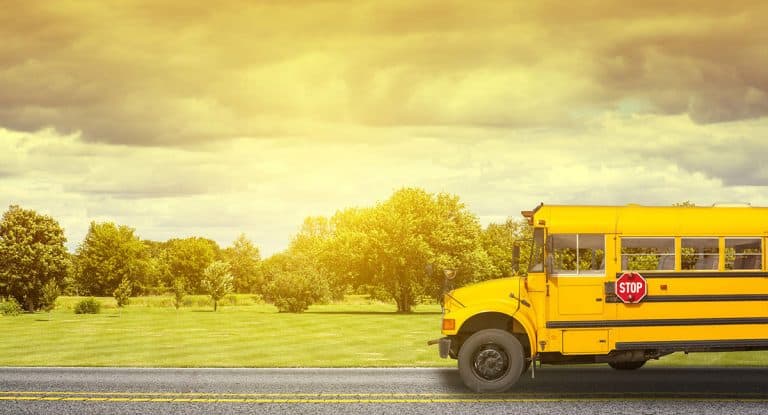 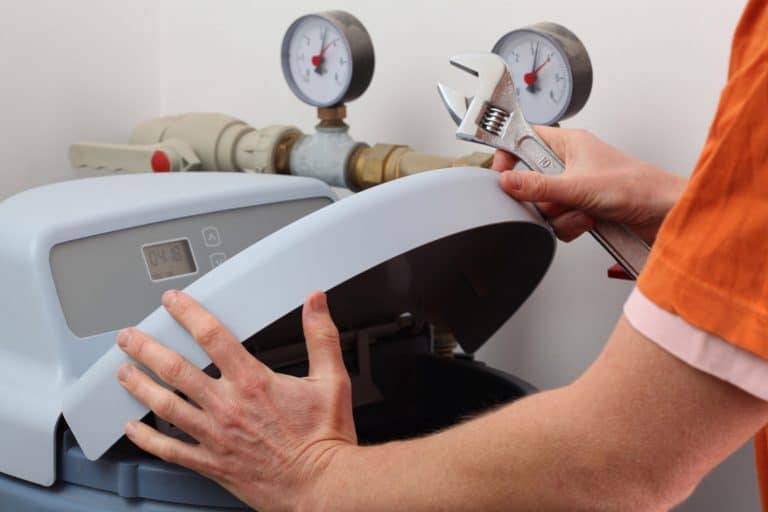